Dinosaurs likely had a different bone structure to mammals and birds that was uniquely capable of supporting huge weights, a new study has found.

A team of paleontologists, mechanical and biomedical engineers examined the upper and lower leg bones of duck-billed hadrosaurs and sauropods, long-necked and big-bodied plant eaters, whose fossils have been found on every continent.

“The structure of the trabecular, or spongy bone that forms in the interior of (the) bones we studied is unique within dinosaurs,” said Anthony Fiorillo, a Southern Methodist University paleontologist and one of the authors of the study that published Wednesday in the journal PLOS One.

The trabecular bone surrounds the tiny spaces or holes in the interior part of the bone that you may see in a ham bone or in the bone of a steak, Fiorillo explained in a news statement.

The team analyzed CT scans of the dinosaur bones and compared them with the fossilized bones of extinct mammals like Siberian tigers and mammoths and animals alive today like sheep and elephants.

“Unlike in mammals and birds, the trabecular bone does not increase in thickness as the body size of dinosaurs increase,” he said.

“Instead it increases in density of the occurrence of spongy bone. Without this weight-saving adaptation, the skeletal structure needed to support the duck-billed, plant-eating hadrosaurs would be so heavy, the dinosaurs would have had great difficulty moving.” 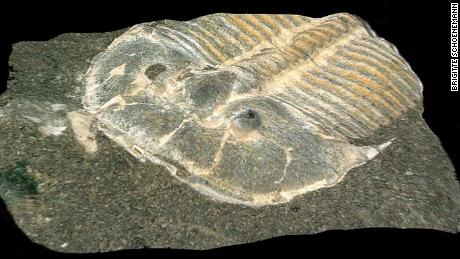 Increasing connectivity of the spongy bone, the study suggested, is a more efficient bone stiffening mechanism for animals of this extraordinary size.

“This would have allowed for sufficient mechanical competence to be achieved with less bone material,” the study said.

The authors suggested the findings could have implications for the designs of stiff and lightweight structures that could be used in aerospace, construction or vehicles.

“Understanding the mechanics of the trabecular architecture of dinosaurs may help us better understand the design of other lightweight and dense structures,” said Trevor Aguirre, lead author of the paper and a recent mechanical engineering doctoral graduate of Colorado State University.

Tthe study, Fiorillo said, was the product of a unique collaboration between scientists in different fields.

“This is one of those cool things that can happen when one is willing to cross disciplinary boundaries to address their curiosities,” he said.