IndyCar driver Alexander Rossi had the tires stolen off his car at the Indianapolis Motor Speedway on Wednesday morning and found them nearby, but the culprit is still on the loose. 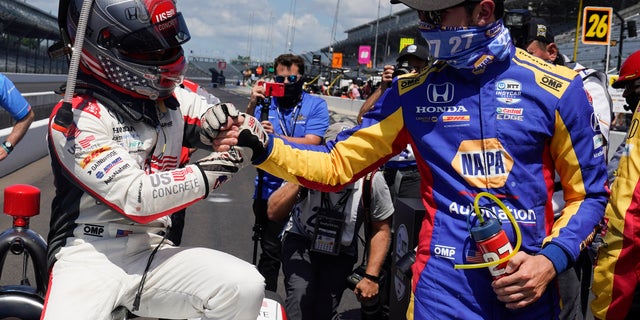 The 2016 Indy 500 champion shared a photo on Twitter of the golf cart his team uses to get around the infield at the track missing its tires and sitting on cinder blocks. However, the tires were stacked on the roof of the RV parked next to it.

Rossi is (pretty?) sure it was a prank, which are common among teams at the tracks, but he isn’t letting the culprit off easy. He tweeted that “once I find out who it is, payback is going to be a painful lesson.” He didn’t mention any suspects, but several of his followers made suggestions.

Rossi will be starting Sunday’s race in ninth position ahead of his fellow Andretti Autosport driver Colton Herta in tenth, but behind teammates James Hinchcliffe, Ryan Hunter-Reay and pole-sitter Marco Andretti.