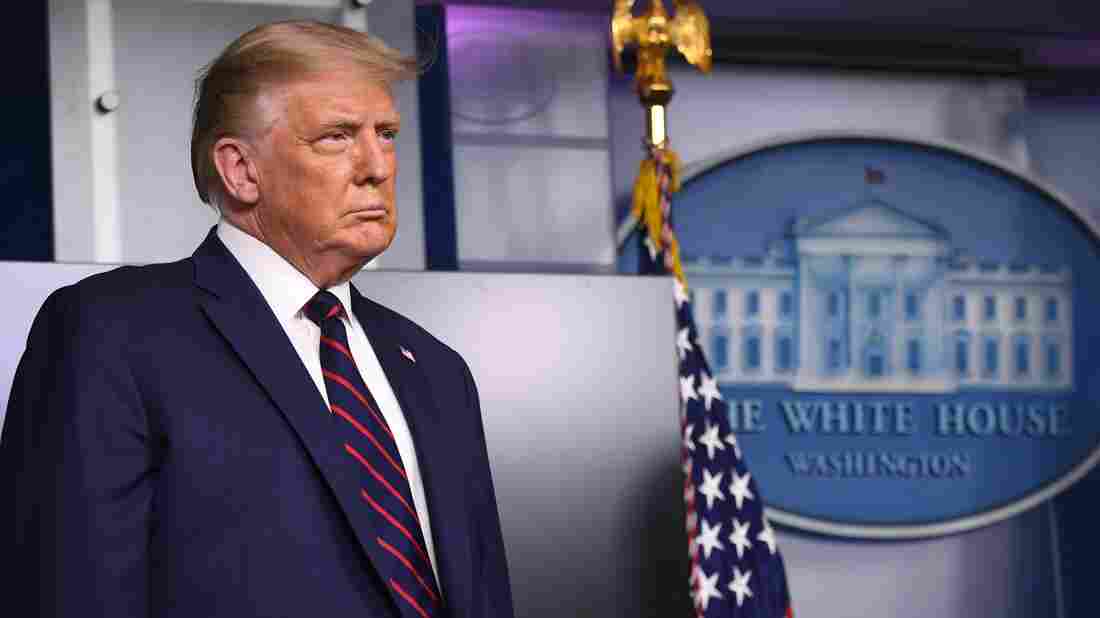 President Trump will give his Republican renomination acceptance speech outside of the White House on Thursday night. 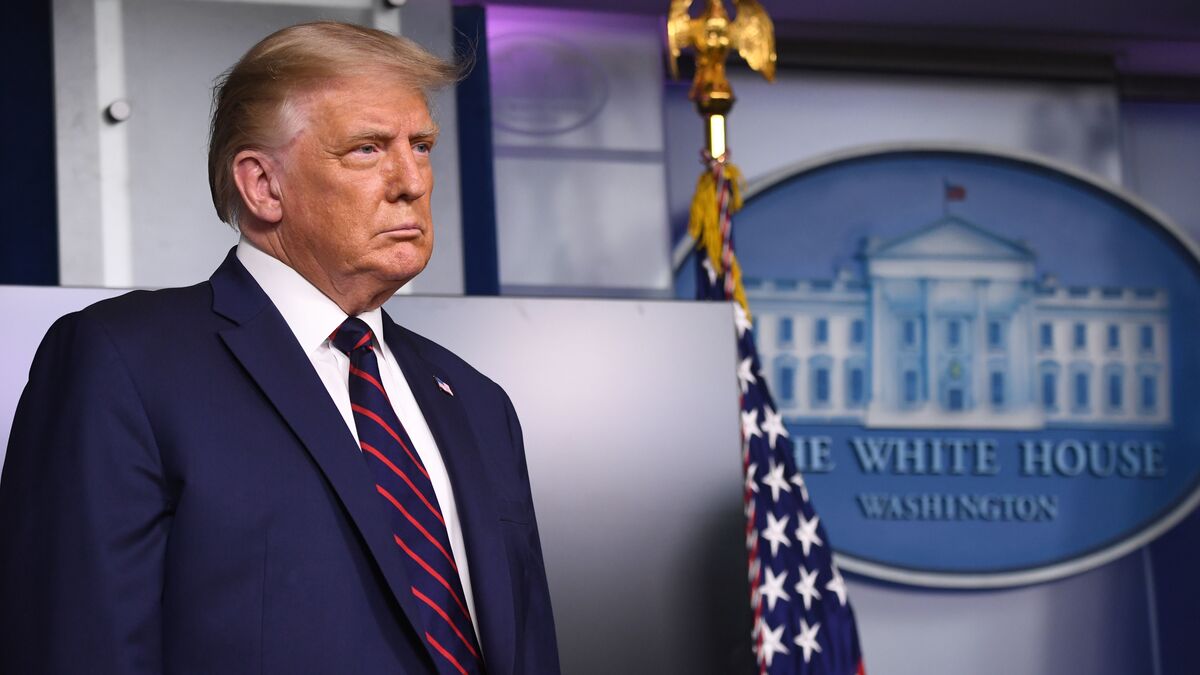 President Trump will give his Republican renomination acceptance speech outside of the White House on Thursday night.

After the Democrats wrapped up their glitch-free virtual convention, now it’s Republicans’ turn.

The four-day event, taking place amid the coronavirus pandemic and as tropical storm systems — yes, two — are set to hit the Gulf Coast, begins Monday morning with a roll call and official renomination of President Trump as the Republican nominee and Vice President Pence as his running mate.

While Democrats had nostalgia for what their party has accomplished and what they want the country to look like in the future, this convention will be all about Trump.

Trump will speak every night in prime time, his campaign has said; his adult children will all make speeches; and, in a norm-breaking move criticized by government ethics experts, Trump will deliver his acceptance speech from the White House lawn.

This convention has taken a winding road to get to this place. It started as what was supposed to be an in-person convention in Charlotte, N.C., but was derailed by the coronavirus. Upset that North Carolina state leadership couldn’t guarantee that he could hold an in-person convention with thousands of people in attendance, Trump hastily moved it to Jacksonville, Fla. He then abandoned that plan, however, when COVID-19 cases began to spike in that state.

Democrats made a point of showing how to do a convention safely — virtually, or with masks and proper social distancing. Will Trump’s convention do the same?

There are so many other questions about this convention — what it will be like and what the message will be. Here are five:

1. Can Trump make this election a choice, not a referendum?

The stakes are high for Trump for this convention. There’s more pressure on him to have a better convention week than Joe Biden did because Trump is behind.

Biden leads Trump nationally by an average of 9 points in the polls. And that’s a fairly historic margin. Trump is just the fourth modern president with a polling deficit larger than 1 point heading into his convention, as CNN’s Harry Enten points out. The other three were Harry Truman in 1948, Gerald Ford in 1976 and Jimmy Carter in 1980. Their races all tightened, but both Ford and Carter lost. Truman, who wound up winning, was down by about 10 points, but he “didn’t have an opponent who was already pulling in more than half the vote [as Biden is],” Enten writes.

More than the head-to-head match-up, Americans have consistently disapproved of the job Trump has been doing. His approval rating stands at 42%, according to an average of the polls aggregated by FiveThirtyEight. That is historically low, which is problematic for a president seeking reelection.

As president, Trump’s highest average approval rating was 47.8% — days after he took office — and hasn’t risen above 45.8% on average since. And apart from those first days in office, Trump has never been more positive than negative in his approval rating — in more than three years. So Trump is at a disadvantage if this election is a referendum on his tenure as president. It’s why he needs to make this election a choice between him and Biden, and sell Biden as unacceptable to voters in the middle.

Unfortunately for Trump, he’s already tried a number of attacks on Biden that appear to have not stuck — from painting a Biden presidency as something that would lead to rampant crime, or Biden being a Trojan Horse for the radical left. Will the convention get more conspiratorial about Biden’s record — or his son Hunter’s? Rudy Giuliani, who led the charge to dig up dirt on Biden in Ukraine, something that helped to get Trump impeached, is speaking Thursday. 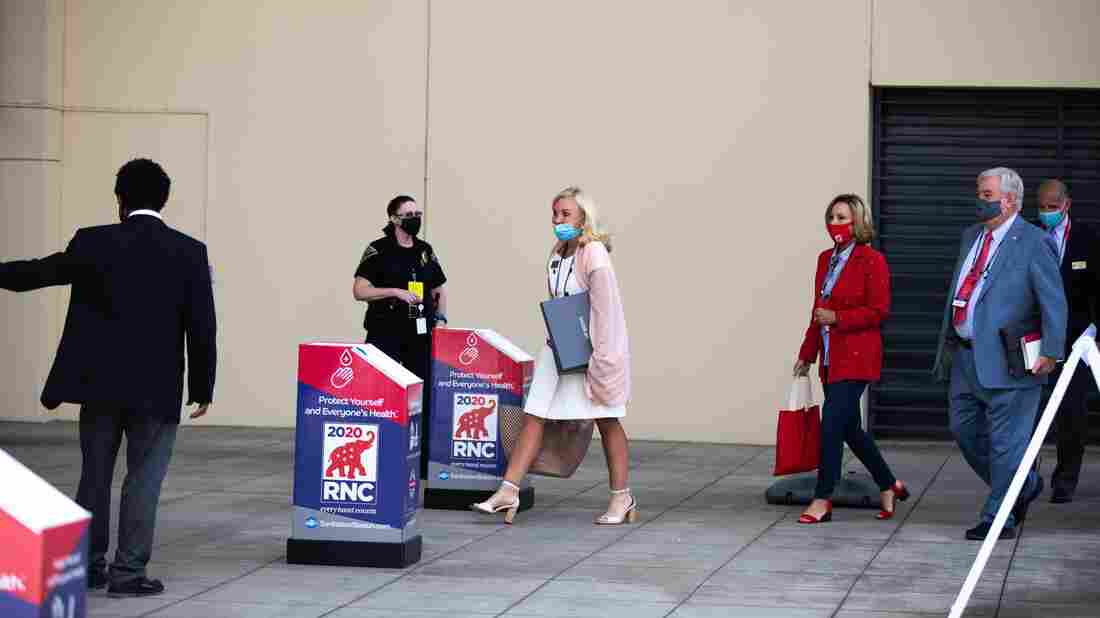 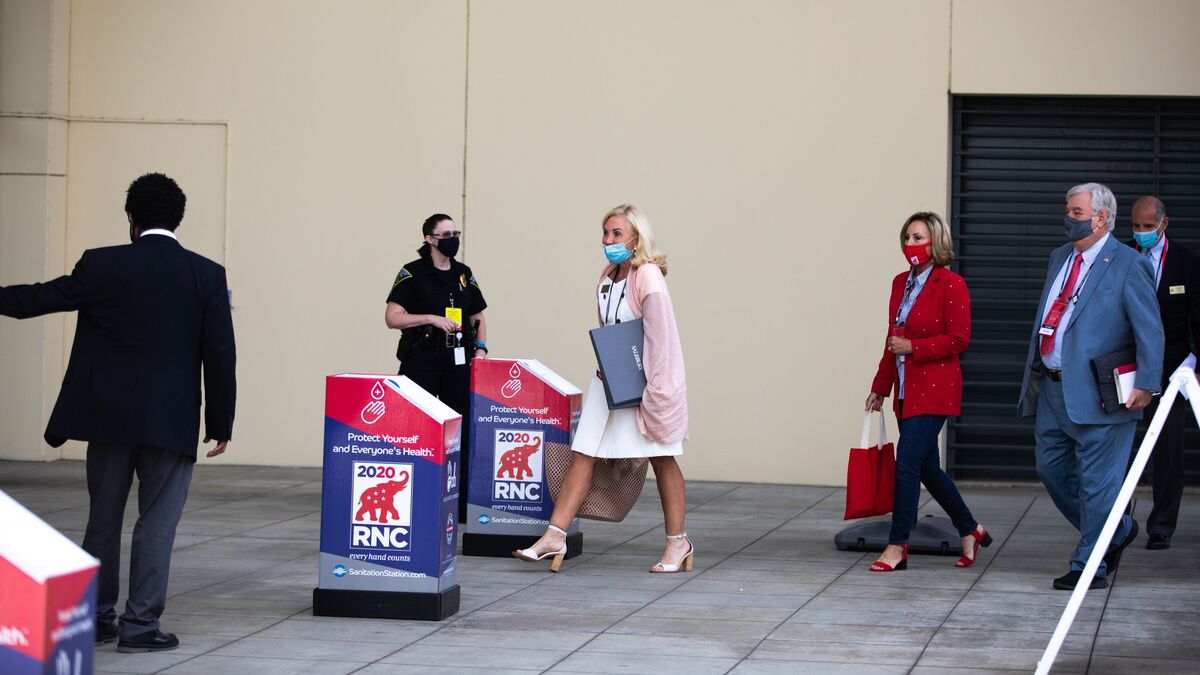 2. Will Trump reach out at all to the middle?

In office, Trump’s policies have been primarily aimed at his base. According to exit polling, Trump won independent voters narrowly in 2016, but many seem to have abandoned him. His approval rating with the group was just 32% in the NPR/PBS NewsHour/Marist poll earlier this month.

Trump hasn’t polled above 46% in an average of the polls against Biden. Currently, he stands at 42%. So the math isn’t complicated — Trump needs to expand the number of people saying they’ll be voting for him if he hopes to win reelection.

To mollify critics, expect to see a relatively diverse set of speakers, including Sen. Tim Scott of South Carolina, the only Black Republican in the Senate, and former U.S. Ambassador to the United Nations Nikki Haley, who’s Indian American.

There will also be plenty of talk about how Trump pushed for criminal justice reform. Alice Johnson, who’s set to speak Thursday, had her sentence commuted by Trump after she served 21 years in prison, convicted for her role in a Memphis cocaine ring. Several identified her during trial as one of the leaders of the Memphis operation. But Trump will hold her up as an example of his lenience on criminal justice.

Georgia Democratic state Rep. Vernon Jones, who isn’t running for reelection and accuses his own party of bigotry, is expected to speak Monday. And Rep. Jeff Van Drew, a congressman from South Jersey who flipped from Democrat to Republican during Trump’s impeachment, gives remarks on Thursday.

3. He’s promising an upbeat convention, but what will that look like from a president who gave an inaugural speech on “American carnage?”

Trump criticized the Democratic convention as dark and is promising a contrasting, uplifting message.

“I think we’re going to see something that is going to be very uplifting and positive,” Trump told Fox News. “That’s what I’d like it to be.”

That, though, stands in contrast to what Trump said just in the last few days.

“If you want a vision of your life under a Biden presidency,” Trump said Thursday, “think of the smoldering ruins in Minneapolis, the violent anarchy of Portland, the bloodstained sidewalks of Chicago, and imagine the mayhem coming to your town and every single town in America.”

On Friday, Trump said, “I’m the only thing standing between the American Dream and total anarchy.”

Trump’s campaign says each night will feature remarks from political leaders as well as “everyday Americans whose stories are filled with hope and patriotism.”

4. How much talk will there be about how to solve the coronavirus or race relations?

For as much as Trump is running on a version of Make America Great Again, Again, Trump is president, and the crises in the country are happening on his watch.

More than 5 million Americans have come down with COVID-19. More than 175,000 Americans are dead because of the virus. On many counts, the U.S. is not measuring up well against other developed nations in dealing with the pandemic. A majority disapprove of how Trump has handled it, and two-thirds say they don’t believe what he has to say about the pandemic, according to the NPR/PBS NewsHour/Marist poll.

Tens of thousands of Americans of different races have also taken to the streets over the last several months to protest racism. And, again, a majority disapprove of the job the president has done on race relations and believe he’s made tensions worse.

Expect Trump to tout progress on coronavirus treatments and vaccines, because he needs to show that things are getting better to win reelection. On race, expect there to at least be some talk of criminal justice reform and Opportunity Zones. But how much will those crises be emphasized?

In 2004, George W. Bush, the last incumbent Republican to stand for reelection, leaned into the key issue holding him back – the Iraq War. Bush sold the need to stay the course with a steady hand. You’d expect a president to do that and show how he’s making problems better. But it’s not clear Trump can or will do that effectively.

5. Will Trump give a clear rationale for why he should be reelected?

In an acceptance speech, presidents up for reelection have taken hold of the narrative of their first term, leaned into the struggles of the day, and outlined what they want to pursue in a second term.

“Tonight, I will tell you where I stand, what I believe and where I will lead this country in the next four years,” Bush said in 2004, for example.

Bush offered a long laundry list of specific items for a second term at that year’s convention. He also pivoted to try and turn the election into a choice by contrasting his intended policies with those of his opponent, John Kerry.

You can expect Trump to tout his accomplishments and attempt to warn about the dangers of going another way. As for what Trump is promising for his second term, the campaign released an outline Sunday night — including job creation, developing a COVID-19 vaccine by the end of 2020 (still his first term), cutting prescription drug prices, “fully fund” and hire more law enforcement officers, and “stop endless wars.” It will be interesting to see how Trump tries to crystallize the rationale for why voters should give him four more years.

It’s notable that Bush, the one living Republican former president, won’t even be on hand for this convention. There isn’t much more needed to know about just how much this has become the Trump party, rather than the Republican Party.