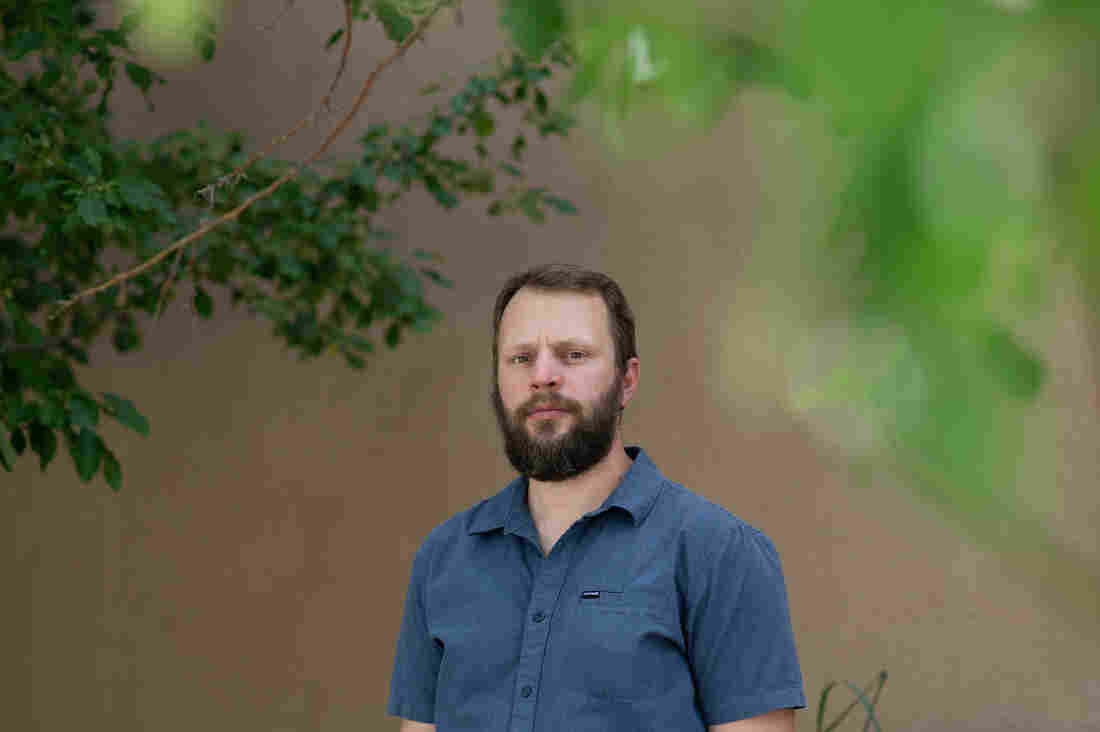 “Before the appendectomy, I was looking for property and homes to purchase, and that is pretty much completely off the table right now,” says Shannon Harness, a veteran who was uninsured when he had two appendicitis-related surgeries in 2019. The bills amounted to $80,232. 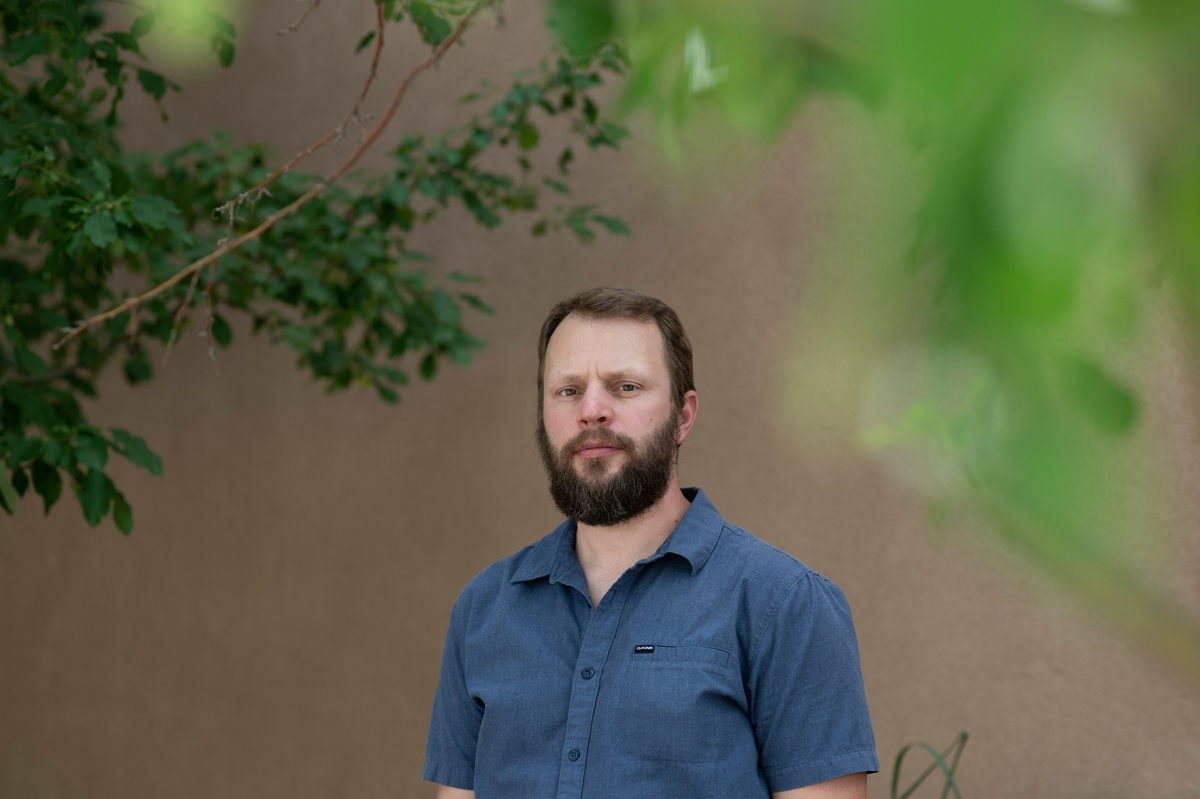 “Before the appendectomy, I was looking for property and homes to purchase, and that is pretty much completely off the table right now,” says Shannon Harness, a veteran who was uninsured when he had two appendicitis-related surgeries in 2019. The bills amounted to $80,232.

In late August 2019, Shannon Harness awoke to serious pain in the lower right side of his abdomen — a telltale sign of appendicitis.

Harness booked it to the emergency room of the only hospital in the county: Heart of the Rockies Regional Medical Center in Salida, Colo. After a CT scan, doctors told Harness he had acute appendicitis and required immediate surgery.

A surgeon performed an appendectomy that night and released Harness the next day.

But a couple of days later, Harness felt sharp pains where his appendix had been. The pain grew until he was on the floor screaming.

“It was disturbing,” says his partner Eliza Novick-Smith. “He has a pretty high pain tolerance,” given previous injuries from military service and mountain biking.

Harness went back to the hospital, where another CT scan revealed a blood clot the size of a brick floating in his pelvic area, a rare complication that most likely came from clipping and stapling the appendix tissue in the first surgery, his surgeon says. Harness would need another operation to check for the source of bleeding and to remove the clot.

After four more days in the hospital, he went home. It took him a couple of months to fully recover.

Then the bill came.

Patient: Shannon Harness, 39, a Marine Corps veteran and an operations manager for a company that builds mountain bike trails across the United States. At the time of this incident, Harness had no insurance.

Total owed: The original hospital bill was $80,232 for both surgeries: The first surgery cost $35,906 and the clot surgery cost $44,326. This amount does not include payments to the surgeon, anesthesiologist, pathologist or radiologist.

Service provider: Heart of the Rockies Regional Medical Center, a nonprofit critical access hospital in Colorado, where the surgeries were performed. Anesthesia, radiology and pathology were performed by other providers.

What gives: Uninsured patients are extremely vulnerable to exorbitant hospital bills. It’s difficult to negotiate with a hospital without the leverage and bargaining power of an insurance company. Worse, uninsured patients are often billed three or four times what an insurer or government program would pay for the same service, says Anthony Wright, executive director of Health Access California, an organization advocating for affordable health care in California.

“As somebody who’s uninsured, you are getting an unnegotiated rate,” Wright says — a rate derived from the hospital’s master price list. Insurers typically pay a rate that is a tiny fraction of that cost.

Harness was uninsured for seven years before this incident. (Though he now has VA Health Care, he had initially avoided looking into VA Health Care because he felt “other vets needed it more.”)

His employer didn’t offer insurance, and the Affordable Care Act plan he qualified for cost $350 a month — money he didn’t have.

Heart of the Rockies hospital determines financial assistance on a sliding scale of family size and income. They also offer a self-pay discount of 15% to uninsured patients. Harness said the hospital’s financial services office initially told him he was ineligible for their assistance program as well as the Colorado Indigent Care Program. Harness had worked overtime the previous month and missed the qualification by around $200. The hospital would use only his past two pay stubs to verify his income, he says. 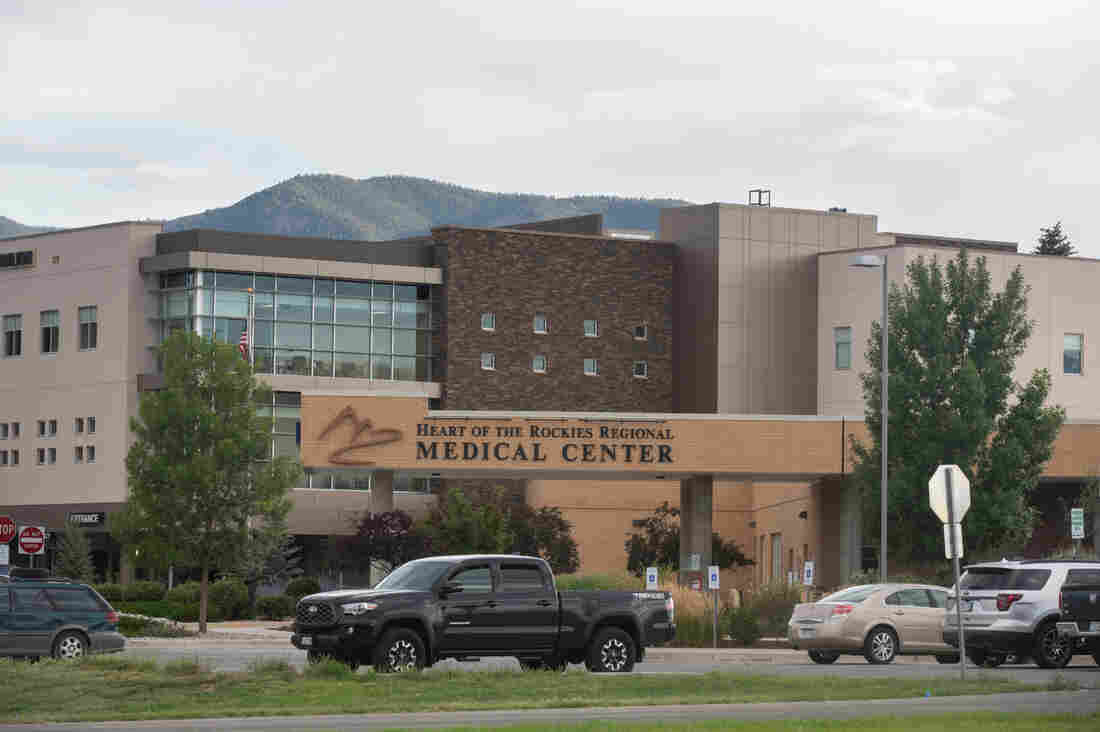 When Shannon Harness awoke to symptoms of appendicitis in August 2019, he went to the emergency room of the only hospital in his county: Heart of the Rockies Regional Medical Center in Salida, Colo. He was uninsured at the time.

The hospital wouldn’t answer any questions about Harness’ care or bills, even though he gave it permission to do so.

Another quirk of the U.S. health care system that Harness encountered is that when surgeries don’t go as planned, and need revision with another operation, the patient (or his insurer) typically pays again. Medicare and some insurers have experimented with “bundled payments,” through which the hospital gets a set fee for the surgery and any follow-up care for 90 days thereafter.

Resolution: Harness filed a grievance with the hospital with the help of Novick-Smith, who is a lawyer, to push back on the bills for the two surgeries — $35,906 for the first and $44,326 more for the second —and express concerns with the quality of care.

In November, the hospital decided to give Harness a 30% discount for both surgeries — leaving him with a still hefty bill of $56,162.40. 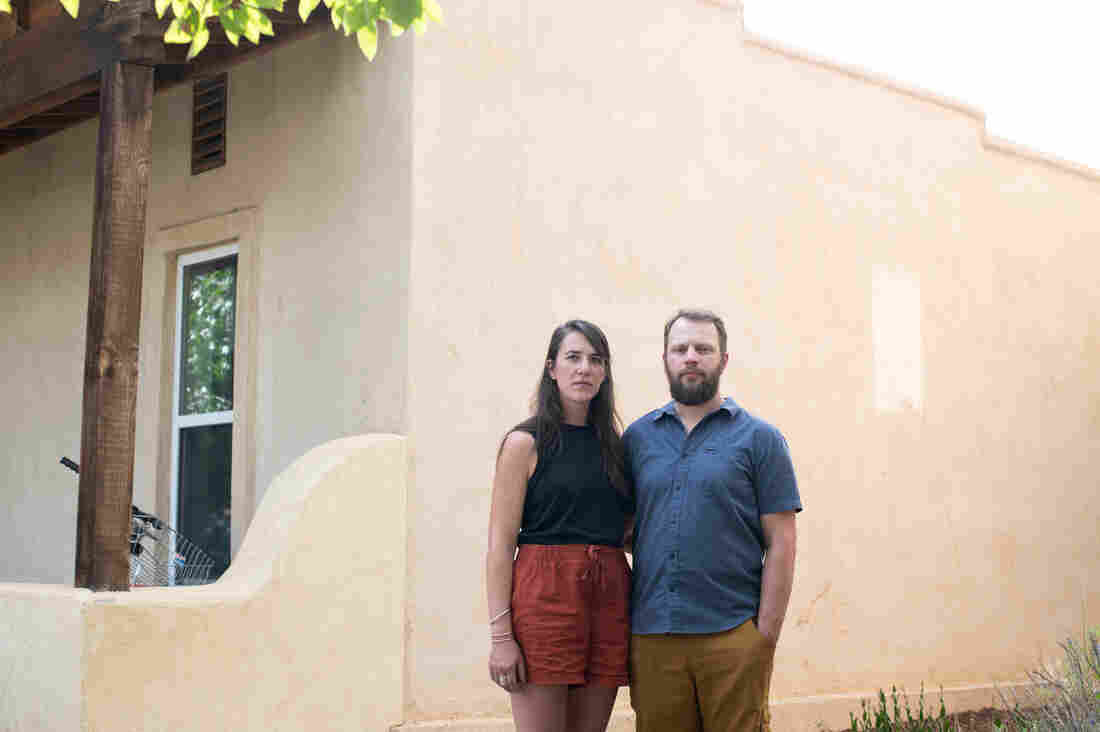 Harness and his partner Eliza Novick-Smith negotiated with Heart of the Rockies Regional Medical, offering to pay the hospital $12,000 upfront. But the hospital rejected that offer. Harness is now working out a payment plan with the hospital.

The couple followed up repeatedly with the hospital for months, often finding representatives “hard to reach.” More than six months later, in March, the hospital told Harness he would have to pay for the second surgery because it was a risk he accepted by agreeing to the appendectomy.

Adam Fox, director of strategic engagement at Colorado Consumer Health Initiative, says it’s “especially important” to push back on bills resulting from surgical complications. “It usually indicates that something didn’t go right in the first surgery and at least that second surgery should be provided at a substantially reduced cost to the individual,” he says.

By May, the hospital gave in. Lesley Fagerberg, Heart of the Rockies’ vice president of financial services, wrote a response to Harness’ grievance, reducing the total bill by roughly the amount charged for the second surgery. But she didn’t explain how the hospital had come to that decision.

“Unfortunately, there was a complication in your appendectomy surgery,” Fagerberg wrote. “As explained in the consent to treat, a surgery/procedure has inherent risk. Your case has been reviewed and the total bill has been reduced by $31,218.60.”

Harness’ final bill from the hospital, Fagerberg wrote, stands at $22,304.17 after adjustments that included a self-pay discount.

Harness and Novick-Smith said that still seemed too high to them, and after some research, offered to pay the hospital $12,000 upfront. The hospital rejected this offer.

Now, Harness is working out a payment plan with the hospital. The hospital offers an interest-free payment plan if he can pay it off in two years, but for Harness, those monthly payments would be more than his rent.

“I would not be able to do it by myself — I wouldn’t have another choice other than taking out a loan,” Harness says. “Before the appendectomy, I was looking for property and homes to purchase and that is pretty much completely off the table right now.”

Novick-Smith says she’s glad the hospital ultimately wrote off the bill for the second surgery. But she still feels angry with the hospital.

“What feels particularly hard is that the hospital markets itself in our community as this vital community resource,” she says, “and they provide a lot of jobs. Their lack of transparency and lack of communication with us made this all a whole lot worse, especially because there’s nowhere else to go.”

The takeaway: The United States health care system is not forgiving to the uninsured, who, paradoxically, often face the highest bills of all patients. The benefit of having insurance is in part that your plan pays much of the bill, but also that you get the benefit of being charged the plan’s highly discounted rates. If your employer doesn’t provide health insurance, check whether you’re eligible for a public program, says Wright.

If you’re uninsured and stuck with a huge bill, Fox says, the first step is to ask for an itemized bill to ensure it reflects the actual service you received. The next step is to check the hospital’s charity care policy. Another resource uninsured patients can turn to are organizations like the Colorado Consumer Health Initiative.

“It’s by no means a perfect solution because there’s only so much that we can do to help consumers advocate for themselves in these cases, but we do our best,” Fox says.

If all else fails, Wright says, it’s best to put pressure on the hospital before they sell the bill to a collections agency. There’s less room for negotiation once a bill goes to collections, Wright says. And if all else really fails, you could try calling the press.

Dan Weissman, founder, reporter and producer of the Arm and A Leg podcast produced the radio version of this story.

Bill of the Month is a crowdsourced investigation by Kaiser Health News and NPR that analyzes medical bills. Do you have an interesting medical bill you want to share with us? Tell us about it.