Researchers from the University of Texas were able to estimate the core’s age by recreating conditions similar to the center of the Earth inside of a laboratory chamber.

It took the researchers two years to attain suitable results, and they were able to recreate these conditions by squeezing laser-heated samples of iron — the Earth’s core is made primarily of iron — between two diamond anvils.

The experiments also give the researchers a clearer picture of how the core conducts heat and the energy sources that power the Earth’s geodynamo.

The planet’s geodynamo is the mechanism that sustains the Earth’s magnetic field, which protects the planet from harmful cosmic rays and helps compasses point North, according to the researchers.

“People are really curious and excited about knowing about the origin of the geodynamo, the strength of the magnetic field, because they all contribute to a planet’s habitability,” said lead researcher Jung-Fu Lin, a professor at The University of Texas at Austin’s Jackson School of Geosciences. 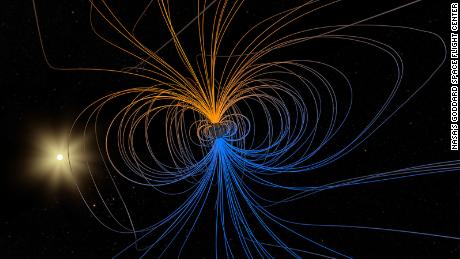 With the Earth’s core being made mostly of iron — the inner core is solid and the outer core is liquid — the researchers believe that the effectiveness of the iron in transferring heat through thermal conductivity is one of the key factors in determining a number of attributes about the core, including when the inner core may have formed.

By recreating the conditions of the core, where the pressure is greater than 1 million atmosphere and the temperature can approach those found on the surface of the sun, it allowed the researchers to measure the conductivity of iron.

“Once you actually know how much of that heat flux from the outer core to the lower mantle, you can actually think about when did the Earth cool sufficiently to the point that the inner core starts to crystalize,” Lin said.

Using this information on conductivity and heat transfer over time, it allowed the researchers to make what they believe is a more precise estimate of the age of the inner core. It also suggests that the formation of the inner core played a pivotal role in creating Earth’s magnetic fields.