The Chicago Bears certainly had a memorable practice Wednesday at training camp, where there were some pleasant surprises coupled with a shocking scare with running back David Montgomery suffering what’s believed to be a groin strain during a handoff in practice.

There were plenty of storylines to watch from their latest padded practice, including a quarterback that has taken the lead, an undrafted rookie that has shined and some injury updates to some big-name starters.

1. Bears have no excuse not to have contingency plan at running back 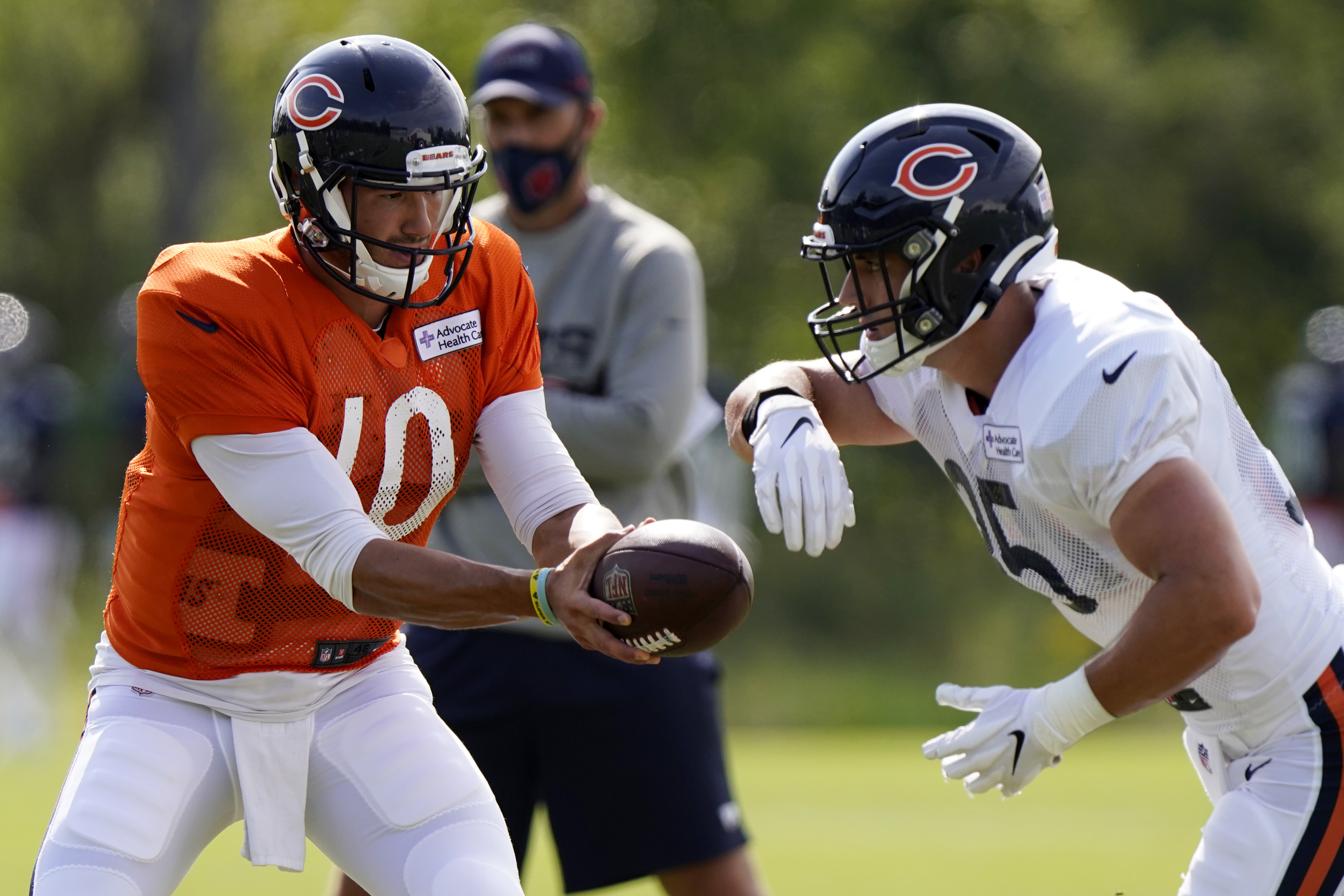 The Bears dodged a bullet with running back David Montgomery’s injury on Wednesday. Following reports that feared the worst for Montgomery, Matt Nagy said that the Bears believe it’s a groin strain for Montgomery. It’s not ideal, but it’s also better than something more significant. How long Montgomery will be out remains to be seen, but this has made an already big issue even more apparent.

Chicago doesn’t have depth behind Montgomery on their depth chart. Tarik Cohen isn’t a three-down back, and inexperienced players Ryan Nall and Artavis Pierce are next up behind Montgomery. This depth concern is nothing new, which is why calls for a free-agent addition have been loud at times. Nagy has spoken about this being the year of the contingency plan. And the Bears better have one in place in regards to insurance for Montgomery.