AFP — Water covers 70 percent of the Earth’s surface and is crucial to life as we know it, but how it got here has been a longstanding scientific debate.

The puzzle was a step closer to being solved Thursday after a French team reported in the journal Science they had identified which space rocks were responsible, and suggested our planet has been wet ever since it formed.

Cosmo-chemist Laurette Piani, who led the research, told AFP the findings contradicted the prevalent theory that water was brought to an initially dry Earth by far-reaching comets or asteroids.

Asteroids are rocky celestial objects that orbit the sun; comets are made of ice and dust, and also orbit the sun; and meteoroids are much smaller objects, mostly fragments of asteroids and comets.

According to early models for how the Solar System came to be, the large disks of gas and dust that swirled around the Sun and eventually formed the inner planets were too hot to sustain ice.

This would explain the barren conditions on Mercury, Venus and Mars — but not our blue planet, with its vast oceans, humid atmosphere and well-hydrated geology.

Scientists therefore theorized that the water came along after, and the prime suspects were meteorites known as carbonaceous chondrites that are rich in hydrous minerals.

But the problem was that their chemical composition doesn’t closely match our planet’s rocks.

The carbonaceous chondrites also formed in the outer Solar System, making it less likely they could have pelted the early Earth. 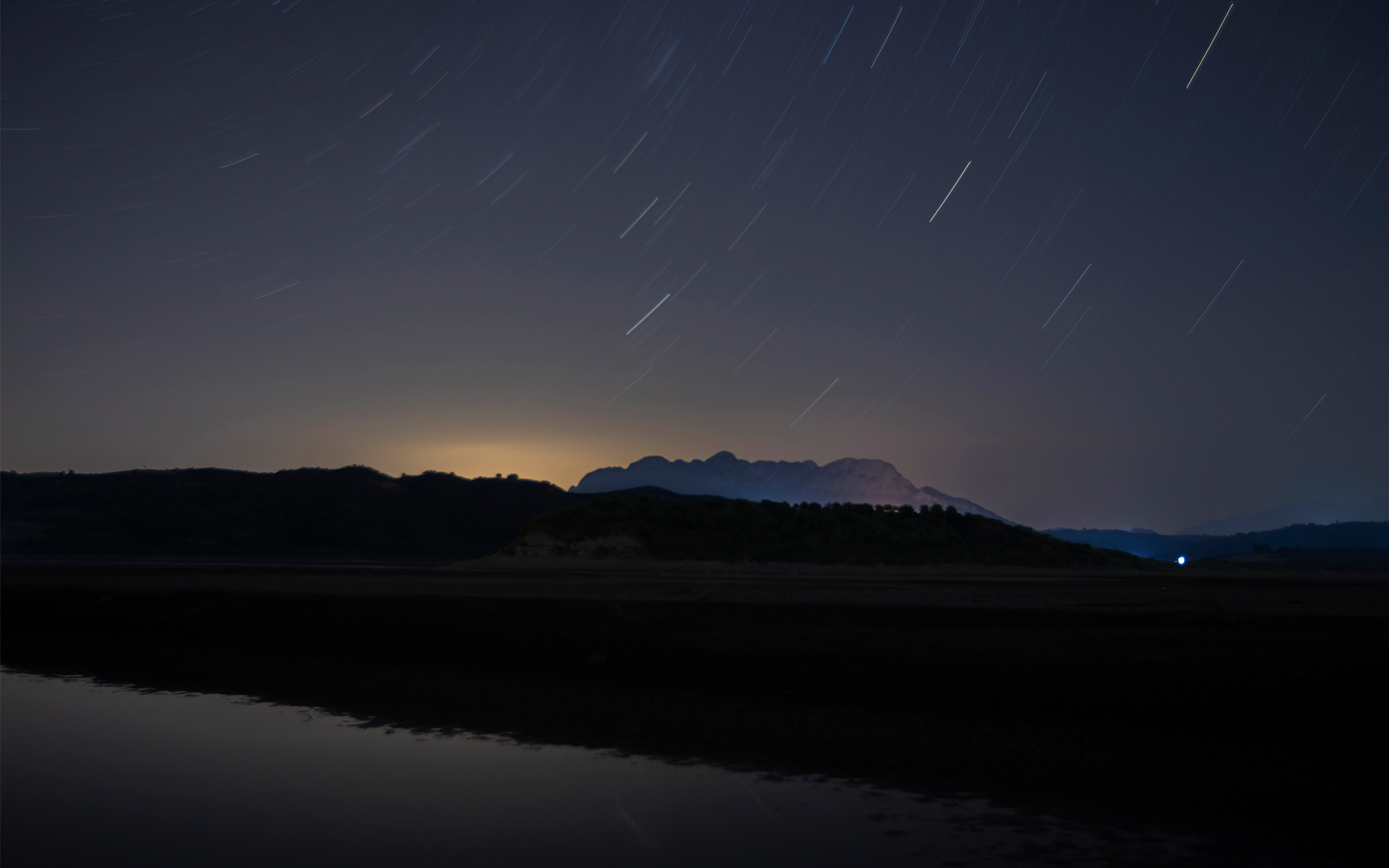 Stars move in the night sky during the Perseid meteor shower in the Pineios Lake near the village of Velanidi, Peloponnese, Greece, August 13, 2020. (AP Photo/Petros Giannakouris)

Another group of meteorites, called enstatite chondrites, are a much closer chemical match, containing similar isotopes, or types, of oxygen, titanium and calcium.

This indicates they were Earth’s and the other inner planets’ building blocks.

However, because these rocks formed close to the Sun, they had been assumed to be too dry to account for Earth’s rich reservoirs of water.

To test whether this was really true, Piani and her colleagues at Centre de Recherches Petrographiques et Geochimiques (CRPG, CNRS/Universite de Lorraine) used a technique called mass spectrometry to measure the hydrogen content in 13 enstatite chondrites.

The rocks are now quite rare, making up only about two percent of known meteorites in collections, and it is hard to find them in pristine, uncontaminated condition.

The team found that the rocks contained enough hydrogen in them to provide Earth with at least three times the water mass of its oceans — and possibly much more.

They also measured two isotopes of hydrogen, because the relative proportion of these is very different from one celestial object to another.

“We found the hydrogen isotopic composition of enstatite chondrites to be similar to the one of the water stored in the terrestrial mantle,” said Piani, comparing it to a DNA match.

The isotopic composition of the oceans was found to be consistent with a mixture containing 95 percent of water from the enstatite chondrites — more proof these were responsible for the bulk of Earth’s water.

The authors further found that the nitrogen isotopes from the enstatite chondrites are similar to Earth’s — and proposed these rocks could also be the source of the most abundant component of our atmosphere.

Piani added that research doesn’t exclude later addition of water by other sources like comets, but indicates that enstatite chondrites contributed significantly to Earth’s water budget at the time the planet formed.

The work “brings a crucial and elegant element to this puzzle” wrote Anne Peslier, a planetary scientist for NASA, in an accompanying editorial.