Aleksandar Rakic had his quick rise in the UFC’s light heavyweight division interrupted in December 2019, but now may find himself right back in the mix.

Rakic (13-2 MMA, 5-1 UFC) worked over former title challenger Anthony Smith (33-16 MMA, 8-6 UFC) with leg kicks when they were on the feet, then smothered him on the canvas en route to a unanimous decision sweep of the scorecards, including a 30-26.

The light heavyweight bout was the UFC on ESPN+ 33 main event at the UFC Apex in Las Vegas. It aired on ESPN and streamed on ESPN+.

“I’m happy with my performance against a veteran and former title challenger,” Rakic said after the fight. “Everybody underestimates my wrestling and my grappling. … The focus was a lot of pressure, make damage on the ground, (and) control.”

Rakic opened with heavy leg kicks, and Smith answered back. But Rakic’s were harder in the first minute, and more plentiful. He continued to try to kick Smith’s legs out from under him, and 75 seconds in he got it done.

Rakic drilled Smith with a kick that took him off his feet. Rakic went to the canvas with him and ate a few punches. When Smith threatened to take Rakic’s back on the feet Rakic dragged it back to the canvas and tried to go to work on top. At the end of the round, Smith went back to his corner with no limp – perhaps surprising given the kicks he absorbed.

Rakic went right after the lead leg kicks again, then went to the body. Just 20 seconds in, Smith landed a big right hand, but Rakic dragged him back down and kept him smothered and frustrated essentially the whole round.

Rakic opened the third with a heavy kick, and then again found himself put to the canvas. Smith couldn’t find his way back to his feet, and with Rakic draped all over him had to eat knees to the thighs, as well.

Up-to-the-minute UFC on ESPN+ 33 results include: 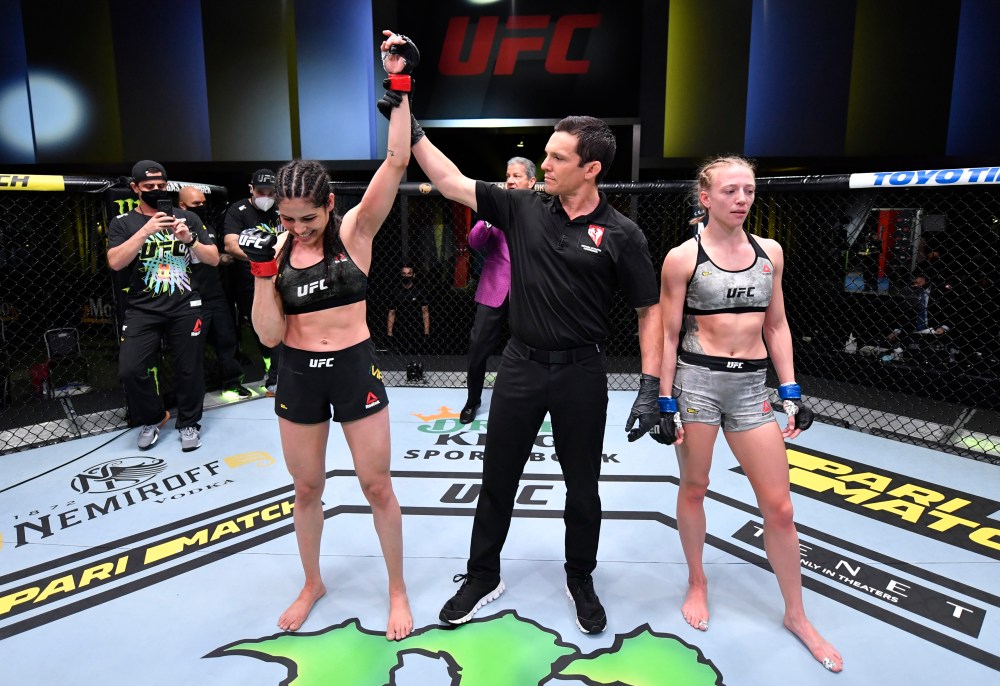 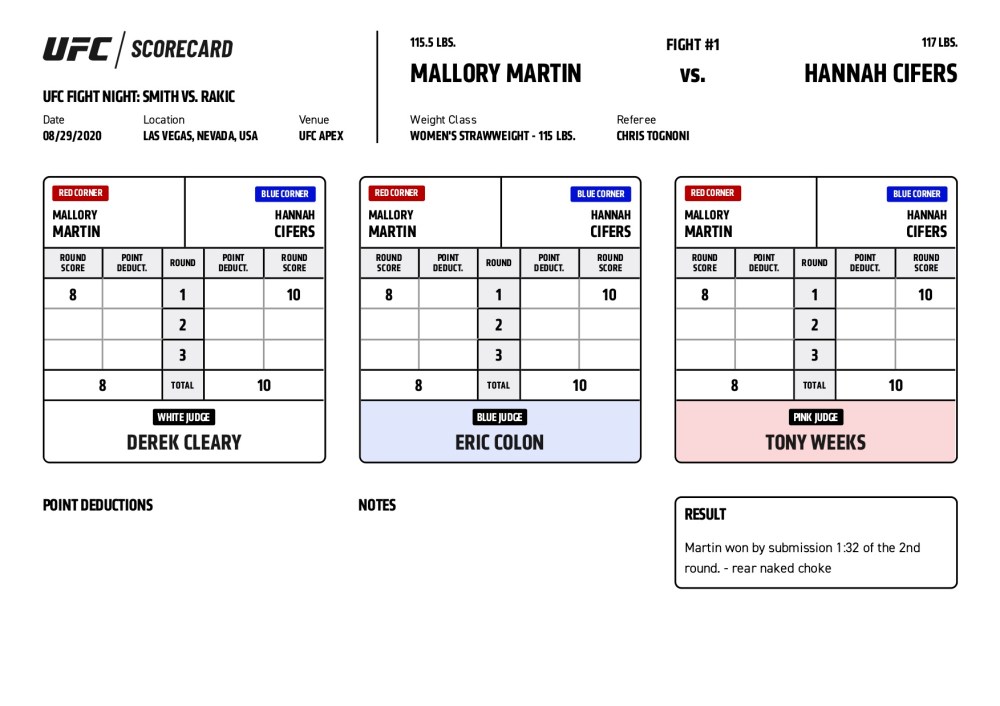