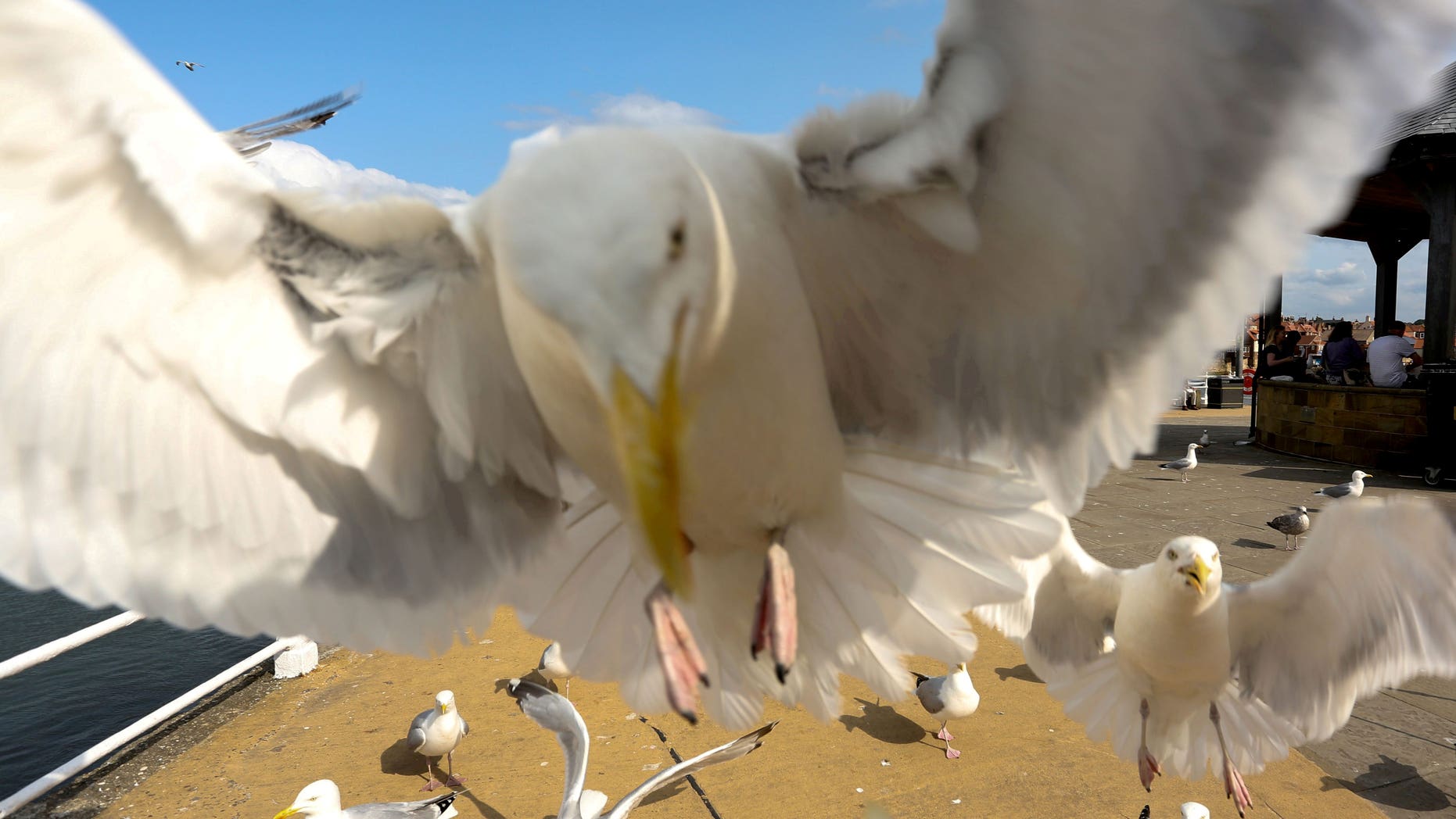 The latest research involved scientists approaching gulls while either looking at the ground or directly at the birds.
(SWNS)

Vacationers can stop seagulls stealing their food by staring at them, according to researchers.

Scientists reckon the simple solution could end the nightmare tourists have faced for years from the scavenging birds.

In an initial study, they put a bag of chips on the ground as bait and tested how long it took herring gulls to approach.

With a human watching, this was an average 21 seconds more than when they looked away, with most keeping well away.

And a further study has now shown gulls were slower to move away when not being watched – allowing a human to get 6.5 feet closer on average.

The latest research involved scientists approaching gulls while either looking at the ground or directly at the birds.

The study was conducted in Cornwall, United Kingdom, targeting adult gulls aged four years or older, and juveniles born in the year of the study. 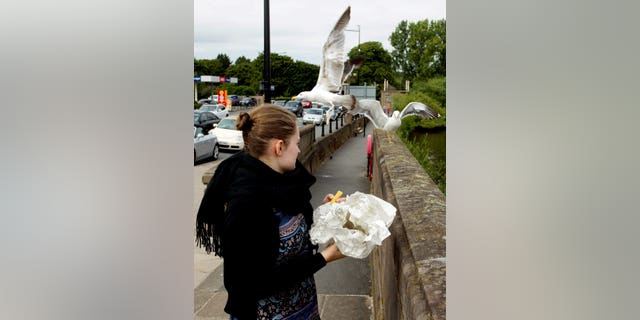 Gulls approached more slowly or not at all when they were being watched. But many approached within seconds when the experimenter looked away.
(SWNS)

Lead author Madeleine Goumas, of the Center for Ecology and Conservation at Exeter’s Penryn Campus in Cornwall, said, “Herring gulls are increasingly breeding and foraging in urban areas, and therefore have regular interactions with humans.

“We know from previous research that gulls are less likely to peck a bag of chips if a human is watching – but in that experiment, the researcher either looked at the gulls or turned their head away.

“In our new study, the experimenter approached while facing the gull and only changed the direction of their eyes – either looking down or at the gull.”

Results also showed newly fledged gulls were also just as likely to react to human gaze direction as older birds, suggesting they are born with this tendency or quickly learn it.

“We were interested to find that gulls pay attention to human eye direction specifically and that this is true for juveniles as well as adults – so their aversion to human gaze isn’t a result of months or years of negative interactions with people, Goumas added.”

Researchers from the University of Exeter say they wanted to test the theory that the gulls notice when approaching humans are looking, and flee sooner when they are being watched.

The study, also confirmed the widely held view that urban gulls are bolder than rural gulls – letting a person get on average 8 feet closer before walking or flying away.

The previous study carried out by Goumas last year tempted the gulls in coastal towns with chips to see if staring reduced their attempts to pilfer. 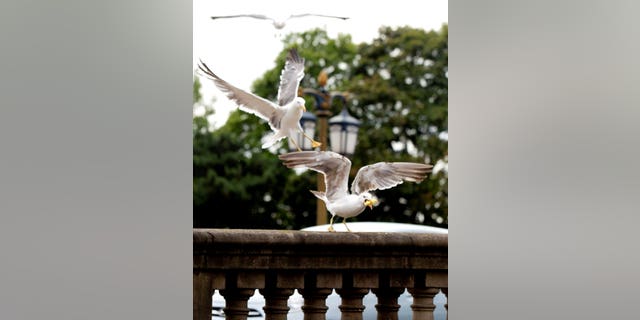 Results showed newly fledged gulls were also just as likely to react to human gaze direction as older birds, suggesting they are born with this tendency or quickly learn it.
(SWNS)

Gulls approached more slowly or not at all when they were being watched. But many approached within seconds when the experimenter looked away.

Goumas said, “By keeping an eye on gulls, people could potentially save their lunch while reducing negative encounters with this rapidly declining species.”

Her team attempted to test 74 birds along the Cornish coast but most flew away, with just 27 approaching the food.

That study was published in the Royal Society’s Biology Letters focused on the 19 that completed both the “looking at” and “looking away” tests.

Goumas said, “Of those that did approach, most took longer when they were being watched.

“Some wouldn’t even touch the food at all, although others didn’t seem to notice that a human was staring at them.

“We didn’t examine why individual gulls were so different – it might be because of differences in ‘personality’ and some might have had positive experiences of being fed by humans in the past.”

The new paper, published in the journal Animal Behavior, is entitled: “Herring gull aversion to gaze in urban and rural human settlements.”