NASA announced Friday that it has awarded SpaceX a $109.4 million contract to launch its Interstellar Mapping and Acceleration Probe (IMAP), along with four secondary payloads, on a mission to investigate the magnetic barrier surrounding our solar system in October 2024.

The IMAP spacecraft will travel to Lagrange Point 1 (L1) between the Earth and the Sun, and from there examine the flow of particles from the Sun (the “solar wind”) to outer space. After passing all the solar system’s planets, the solar wind eventually collides with, is contained by, and excludes competing solar winds from other solar systems, forming a protective barrier around the solar system known as the “heliosphere.” It is this heliosphere that diminishes the amount of cosmic radiation entering the solar system and keeps it from eventually hitting Earth. 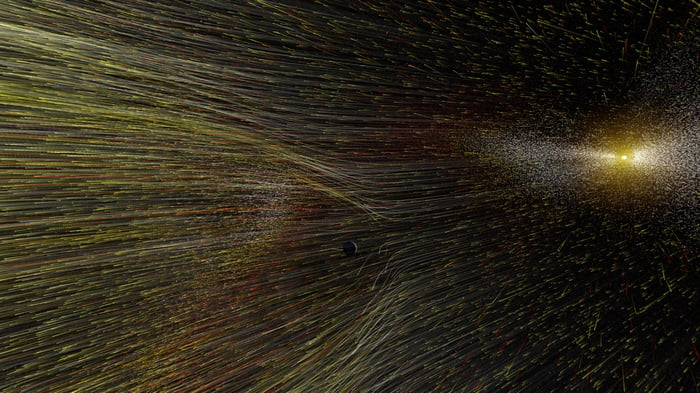 One of IMAP’s missions will be to calculate precisely where this heliosphere lies. Another mission will be to collect and map incoming cosmic radiation that makes it through the heliosphere.

In addition to IMAP, the SpaceX Falcon 9 rocket will also carry NASA’s Lunar Trailblazer mission (a small satellite seeking water on the moon), the National Oceanic and Atmospheric Administration’s Space Weather Follow-On Lagrange 1 (an early warning system detecting solar storms), and two other NASA heliophysics missions yet to be named.

In 2018, NASA first estimated the cost of building the IMAP spacecraft at $492 million, “excluding cost for the launch vehicle.” In April, the Government Accountability Office estimated the total mission cost with the launch vehicle could reach anywhere from $707.7 million to $776.3 million. Now that SpaceX’s price for providing the Falcon 9 reusable rocket that will carry IMAP to L1 is known, it appears the total cost of the mission has shrunk to approximately $601 million.